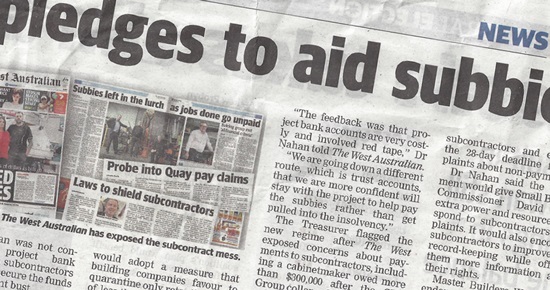 According to The West Australian the “State Government has promised a range of measures to boost protection for subcontractors” with Treasurer Mike Nahan stating that the Government would introduce a code of conduct which would “regulate the treatment of subcontractors and blacklist builders who breached it”.

With many more building companies collapsing, resulting in subbies going unpaid, this will hopefully provide some degree of protection.